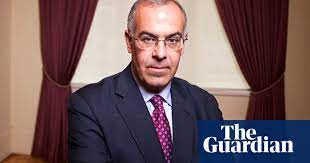 In his article in the New York Times, “Globalization Is Over. The Global Culture Wars Have Begun,” David Brooks writes:

I can remember a time — about a quarter-century ago — when the world seemed to be coming together.

We called this process of convergence globalization.

In the wider public conversation, it was sometimes assumed that nations all around the world would admire the success of the Western democracies and seek to imitate us.

Unfortunately, this vision does not describe the world we live in today. The world is not converging anymore; it’s diverging.

The causes of this deglobalization are broad and deep. The 2008 financial crisis delegitimized global capitalism for many people. China has apparently demonstrated that mercantilism can be an effective economic strategy.

The world economy seems to be gradually decoupling into, for starters, a Western zone and a Chinese zone.

First, human beings are powerfully driven by what are known as the thymotic desires. These are the needs to be seen, respected, appreciated. If you give people the impression that they are unseen, disrespected and unappreciated, they will become enraged, resentful and vengeful. They will perceive diminishment as injustice and respond with aggressive indignation.

Global politics over the past few decades functioned as a massive social inequality machine.

Second, most people have a strong loyalty to their place and to their nation. But over the past few decades many people have felt that their places have been left behind and that their national honor has been threatened. In the heyday of globalization, multilateral organizations and global corporations seemed to be eclipsing nation-states.

We’re going to make our own country great again in our own way. Many globalists completely underestimated the power of nationalism to drive history.

Third, people are driven by moral longings — by their attachment to their own cultural values, by their desire to fiercely defend their values when they seem to be under assault. For the past few decades, globalization has seemed to many people to be exactly this kind of assault.

Many people around the world look at our ideas about gender roles and find them foreign or repellent.

To define this conflict most generously, I’d say it’s the difference between the West’s emphasis on personal dignity and much of the rest of the world’s emphasis on communal cohesion.

How do you win a global culture war in which differing views on secularism and gay rights parades are intertwined with nuclear weapons, global trade flows, status resentments, toxic masculinity and authoritarian power grabs? That’s the bind we find ourselves in today.