WSJ on 20-Year March to War in Ukraine 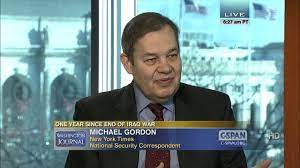 According to an article in the April 1, 2022, Wall Street Journal “Vladimir Putin’s 20-Year March to War in Ukraine — and How the West Mishandled It.” …The West managed neither to deter Mr. Putin from invading Ukraine nor reassure him that Ukraine’s increasing westward orientation didn’t threaten the Kremlin. By now, this had become a well-established pattern. For nearly two decades, the U.S. and the European Union vacillated over how to deal with the Russian leader as he resorted to increasingly aggressive steps to reassert Moscow’s dominion over Ukraine and other former Soviet republics.”

A look back at the history of the Russian-Western tensions, based on interviews with more than 30 past and present policy makers in the U.S., EU, Ukraine and Russia, shows how Western security policies angered Moscow without deterring it. It also shows how Mr. Putin consistently viewed Ukraine as existential for his project of restoring Russian greatness. The biggest question thrown up by this history is why the West failed to see the danger earlier.

The roots of the war lie in Russia’s deep ambivalence about its place in the world after the end of the Soviet Union. A diminished Russia needed cooperation with the West to modernize its economy, but it never reconciled itself to the loss of control over neighbors in Europe’s east.

No neighbor was as important to Russia’s sense of its own destiny as Ukraine. The czars’ takeover of the territories of today’s Ukraine in the 17th and 18th centuries was crucial to Russia’s emergence as a major European empire. Collapsing Russian empires lost Ukraine to independence movements amid defeat in World War I and again in 1991, when Ukrainians voted overwhelmingly for independence.

At a 2008 NATO summit, NATO could not agree on what to do about Ukraine. They said “We agreed today that these countries will become members of NATO,” it read. But it didn’t say when. And there was no MAP [Membership Action Plan].

Many of Ukraine’s supporters were heartened. But some officials in Bucharest feared it was the worst of both worlds. NATO had just painted a target on the backs of Ukraine and Georgia without giving them any protection.

The article reviewed the power struggles in Ukraine between the pro-West politicians and the pro-Russian politicians. President Yanukovych initially leaned toward the EU, but under pressure from Putin turned toward Russia in 2013. In February 2014 during demonstrations against him in Maidan Square, Yanukovych fled from Kyiv. Putin saw this as a threat to Russian power and a few days later invaded Crimea.

The article says, “Mr. Putin’s show of military force backfired politically. He had won control of Crimea and part of Donbas, but he was losing Ukraine.”

After Zelensky was elected president of Ukraine, he had one conversation with Putin, which did not go well. EU leaders noted that Putin was changing his tune and was becoming harder and harder to deal with. The article reviews the Russian military build-up before the invasion of Ukraine.

One of the authors of this article is Michael Gordon, who interviewed me many years ago when he was working at the New York Times, and I was working for the State Department. The commentary in this article is similar to the ideas of “realist” foreign policy experts such as John Mearsheimer