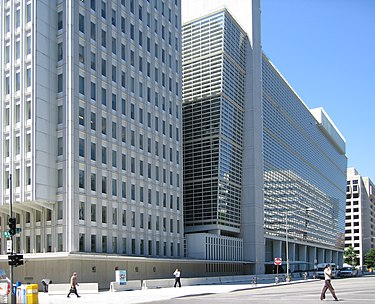 The Washington Post reports that David Malpass of the World Bank predicted that the world economy would face stagflation for years, causing the bank to reduce its global growth estimate from 4.1% to 2.9%. The reduced estimate is due to a combiantion of factors, such as the Ukraine war, continuing Covid problems, and inflation. The US seems less affected than other parts of the world, although World Bank economists reduced their estimates for US growth to 2.5% from 3.7%. China's economy will be hurt by Covid. Europe is particularly affected by the loss of Russian oil and gas; the Middle East and Africa are affected to the loss of grain exports from Ukraine. Poorer countries that have borrowed in dollars or other hard currency may be particularly hard hit.

Predictions are difficult because the world faces a unique situation. It had not faced a pandemic like Covid for about a hundred years, and it has never faced the machinations by governments and central banks such as the Fed to bolster the economy during the pandemic. Their actions may have introduced dislocations into the economy that will not be seen for a while. As Warren Buffet says, "It’s only when the tide goes out that you learn who has been swimming naked."