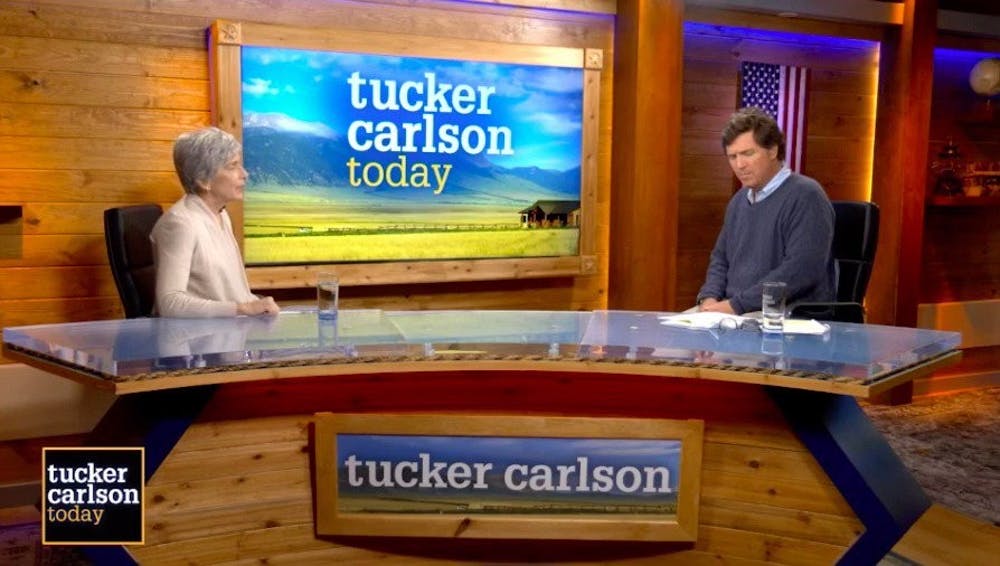 The three-part hatchet job done on Tucker Carlson by the New York Times shows how worried they are about him.  Carlson’s defense of Vladimir Putin and the January 6 attack on the Capitol are wrong and baseless, but some of his other targets are legitimate, particularly immigration.

As a former consular officer who issued visas for two years in Sao Paulo, Brazil, I think the immigration system is broken.  In two years, I issued only one visa to a person who filed for asylum after he arrived in the US.  It was a bad case; I never should have issued the visa, but I issued it at the request of an American missionary who said he wanted to send this man to the States to tell his supporters what good work he was doing in Brazil.  This case generated more legal questions and paperwork than any other visa I issued during my assignment in Brazil.   Knowing how much time and effort this one case consumed, I can’t image how much the thousands of applications filed on our southern border must require.  The system is overwhelmed and broken.

Even forty years ago in Brazil, I was upset that if I refused a visa to a Brazilian because I thought he would work illegally, it probably meant he would not be able to go to the US, but if a Mexican was refused a visa he would just walk across the border.  It did not seem fair.  Now there are many Brazilians, Africans, Arabs and others who just walk across the border, although they have to travel much farther to walk the last few hundred yards.

The US should admit immigrants, but it should decide which immigrants to admit.  When I issued visas, some of the tests for a visa were whether the immigrant would go on welfare after arriving, whether he would displace an American worker, whether he was healthy or had any contagious disease, for example.  It sounds like the last test is the only one still applied, and when Title 42 no longer applies, that test will disappear, too.  Basically, the US has no immigration requirements; it’s an open border.  With unemployment at 3%, foreign workers will not likely displace Americans, but how much longer will full employment last?  How many new arrivals will receive some sort of public assistance within a year or two of their arrival?

This may be the immigration system that Americans want, but no one has voted for it either at the polls or in Congress.  I don’t know whether this is the immigration system that the Democratic Party wants, or whether they have just acquiesced in what the immigrants have forced on them.  I tend to think that Tucker Carlson is right, that this is what the Democrats want, because most of these immigrants will vote Democratic as soon as they are able to vote.  But this is not a fair representation of all Hispanic voters, because many Hispanics came to the US legally and at least some must resent the fact that the new arrivals did not, and have been shown extreme favoritism by the American government.  So, all Hispanics may not vote as a block, but newly arrived Hispanics will vote as a Democratic block.  You don’t have to be a racist white nationalist to believe that immigration is a problem, as the New York Times article claims.

The Times’ series on Tucker Carlson fails to recognize that immigration is a serious problem that the American government has failed to deal with.  Carlson is justified in saying that will affect the future of the United States.  The Times calls this a racist viewpoint, but the Times calls everything racist.  It has its prejudices and refuses to look beyond them.  The Times gushes over how wonderful a Somali community is that lives a few miles from Mr. Carlson’s house in Maine but fails to note how the arrival of Somalis in Minneapolis has transformed that city from NPR’s characterization of it as a Norwegian community where “every child is above average” into a hell-hole of violence and death.  The Times is as blind and bigoted as Mr. Carlson.

But I can’t buy Mr. Carlson’s views on the January 6 attempted coup or on Vladimir Putin.  The Times quotes him as asking why we hate Putin when Putin never called Carlson a racist or threatened to fire him.  Of course, we hate Putin because he has killed thousands of innocent civilians, many women and children, even if he never did those other little things Carlson mentioned.

For me there is no question that January 6 was an abomination.  It was an attempted coup.  The election was legal, but it was not without problems.  Many of the states where the vote was most in question changed the way they voted shortly before the election, in almost every case to make it easier to vote absentee, which favored the Democrats.  However, these changes were made legally, often justified by the Covid pandemic, and the votes were counted accurately.  The election was legal, but I would say that it was not exactly fair.  I believe that absentee voting should be the exception and not the rule, but I recognize that this may be a minority opinion among the American people.

I’m sure that there are other issues Mr. Carlson has raised that I may or may not agree with.  I favor a school curriculum that pretty much sticks to the “three r’s,” reading, ‘riting, and ‘rithmetic, not so much sex or politicizing, for example.

Anything the Times disagrees with, they tend to call “white nationalism” or “white supremacy,” or some other pejorative term.  The Times fails to recognize that many of these ideas they attack made the United States the most successful, freeist, prosperous country in the world during the 20th century.  If results matter, these ideas should not be trashed because they were not 100% successful.  Maybe everybody was not totally successful or free or prosperous, but if you lived in the US, you probably had a better chance of doing so than if you lived anywhere else.  These virtues should not be discarded.

Carlson apparently decided early on that Donald Trump the man was unreliable, but Trump the political movement had legs.  Trump was a terrible President, and an even worse human being.  But Trump did see some things that were seriously wrong with the US, like immigration, although he, like his predecessors, failed to fix them.  He probably should go to jail for his financial shenanigans, but he was falsely accused by the Steele dossier, partially funded by the Democratic Party, of being a Russian pawn.

While I disagree with a lot of things Mr. Carlson says on his program, I also disagree with a lot of things in the New York Times article.  In his heart, Carlson may be racist, but the things he says about immigration problems are not racist; they are real.  The New York Times failure to recognize that is a blot on the fairness of the Time’s reporting.  The Times has sold its soul to the Democratic Party.  If you want truth, look somewhere else.