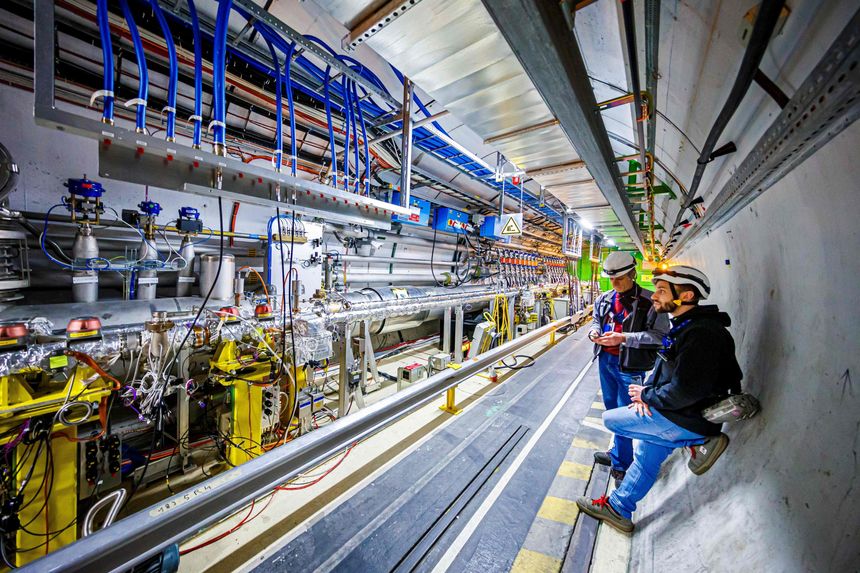 The Wall Street Journal reports that the Large Hadron Collider under the French-Swiss border is about to restart after years of maintenance and upgrades. The improvements should help the giant rign of magnets look for new subatomic particles and collect more data on those already discovered, such as the Higgs boson. The article says that the first tests

will involve low energies at first, ramping up by mid-June to stable beams of protons producing a maximum energy of 6.8 trillion electronvolts. That sum sounds vast, and is for research purposes, but is roughly equivalent to the energy produced by seven flying mosquitoes....

Research at the LHC is aimed at refining and advancing physicists’ understanding of all fundamental particles and forces. This understanding—what physicists refer to as the Standard Model—is incomplete, Dr. Lamont said, because it can’t fully explain key aspects of the cosmos, like gravity and the invisible, shadowy cousin of visible matter known as dark matter, which makes up one-quarter of the universe.

The discovery of a hypothetical particle called the axion “would be an important step not only for fundamental physics, but for cosmology because if axions exist, they’re very likely to supply the dark matter in the universe," said one of the scientists.